Linda Baechle, president and CEO of YWCA North Central Indiana, is shown at the April 16, 2015, unveiling of the new name, Elkhart County Safe Haven, for the women’s shelter the YWCA operates in Elkhart. The grant from the Elkhart County Community Foundation was the largest in the group’s latest grant cycle. The foundation awarded $1.19 million in grants in all in the cycle.

YWCA North Central Indiana, is the big recipient in the latest slate of grants awarded by the Elkhart County Community Foundation.  The shelter received $335,000 from the foundation to help as it expands services and upgrades its building, according to Pete McCown, the foundation executive director.  The YWCA last year took over operation of the women’s shelter that was operated by Family Services of Elkhart County after Family Services closed its doors due to funding problems. The group has already raised about $500,000 through other efforts.

McCown said the funding would help keep Elkhart County’s only domestic violence shelter on steady footing for the next few years. Then the group is “going to have to develop their fundraising muscle,” he said.

The grant, publicly unveiled Wednesday, April 22, is one of several from the foundation in its latest slate of awards, which total $1.19 million. Together with a series of grants in late 2014, the foundation has awarded around $3.9 million in grants through its Fund for Elkhart County for fiscal year 2014-15.

Elkhart County Safe Haven received the grant through the foundation’s Key Initiatives funding program. The sole other recipient of Key Initiatives money this cycle was the Elkhart River Restoration Association, which received $165,000 for the planned dredging of Goshen Dam Pond. That money comes on top of $100,000 in foundation money the group received late last year.

The foundation unveiled another $686,100 in smaller grants to 16 organizations.

Award recipients for Quality of Life: 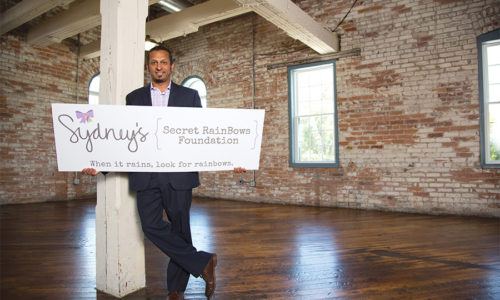