Bethany Mullet has been singing since before she could talk and as a little girl she dreamed of being in a college choir.

As the first graduate of Clinton Christian School to receive the Lilly Endowment Community Scholarship (LECS) through the Community Foundation, she’ll be able to study music in college and follow her dreams.

“It’s such a blessing I wasn’t expecting,” she said of earning the full-ride scholarship to attend Bethel College in Mishawaka. “It means I can study music. I didn’t think it’d be possible for a while. Now I get to explore my passion.”

The vibrant young woman was nominated by her school for the annual scholarship, which was awarded to three Elkhart County high school seniors this spring. The scholarship covers full tuition, fees and $900 a year for books at any accredited Indiana college or university.

Her parents have always supported her and her dreams. It was her mother, Yvonne, who made sure she filled out the scholarship application forms and completed the essay. “It turned out to be really good,” Bethany said with a rich laugh.

Her first step was to write an essay and compete against students from Bethany Christian School and Elkhart Christian Academy for consideration for the scholarship. After that, her essay and application, along with eight other nominees from eligible schools throughout Elkhart County, were turned into the Community Foundation.

The names were removed from the application and the applications were scored by the Community Foundation Scholarship Committee. The ‘blind’ essays were then scored by Goshen College professors, the scores tallied and the field narrowed to the top five nominees. The finalists’ names were submitted to the Independent Colleges of Indiana for final review and selection of the final three recipients.

Bethany, along with Elise Sharkey of Fairfield and Jocelyn Chupp of Concord were awarded the 2016 Lilly Endowment Community Scholarship. The remaining six nominees were awarded the Guy David Gundlach Memorial Scholarship — a $5,000/year award for four years to any accredited Indiana college or university.

One morning in March, Mullet was leading worship at school, Mullet said. The doors opened between songs and folks from the Community Foundation came in with balloons. “They said, ‘Bethany, you’re a Lilly scholar!’ It was really awesome and was so fun to be surprised,” she said.

Mullet had earned other scholarships, but was not sure how to navigate getting to college. The LECS made that easier, though she still has questions about what it will mean to be a music major in college with a concentration on vocal performance. “I don’t know what to expect,” she said.

She knows how to make music. She has been onstage, often in a church with her father, Merle, since she was 8 years old. Together they lead worship once a month at Siloam Fellowship and occasionally sing together at weddings.

Clinton Christian School is fully accredited, but is the smallest high school in Elkhart County. Mullet was valedictorian of a class of eight students this spring. “Clinton gave me a great education. We are just small,” she said.

She just entered her freshman year at Bethel College and is excited about studying at a Christian college close to home and hopes to explore music ministry.

With the scholarship, she can study the very thing that fulfills her. “It’s my happiness,” she said of music. “I just come alive. Music is a way for me to express myself. It’s better than words. It’s more feeling. That’s what I want to do with the rest of my life.”

“It’s my happiness,” she said of music. “I just come alive. Music is a way for me to express myself. It’s better than words. It’s more feeling. That’s what I want to do with the rest of my life.”

The Community Foundation of Elkhart County administers 85 scholarship funds and gave more than $1.7 million in 2016 to local students pursuing higher education. “These scholarships made a considerable impact, not only in the lives of these students and their families, but also on the educational and economic future of our county,” said Gordon Moore, chairman of the Community Foundation Scholarship Committee.

The LECS is a result of a statewide Lilly Endowment initiative to help Hoosier students reach higher levels of education. The program, now in its 19th year, has awarded 76 LECS to students in Elkhart County and 4,198 statewide, so far providing more than $18.5 million dollars in scholarships. 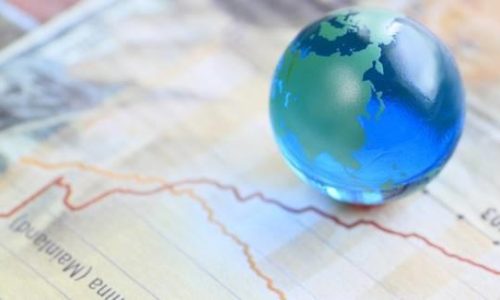