Bringing Awareness to the Fatherless Epidemic

Rodney Dale remembers scanning the crowd gathered around the athletic fields where he was playing, looking for his father.  The man was not there. “That feeling of not having anybody there to support you is hard to explain and takes a long time to get over,” he said. Dale’s mother died when he was nine years old and his grandmother began raising him on Oakland Avenue. His father, who had alcohol issues, lived around the corner but didn’t take a role in raising his son. “My father plain and simply was not a participant in any of it,” he said.

Other men, mostly athletic coaches, became mentors for Dale. Now he takes on that role as much as possible. He’s mentoring at least seven young people. “It could easily be 70” if he had the time, he said. There’s that much need.

A number of agencies in Elkhart County are working to find mentors for all the children who need them and a national expert on the issue is coming in March to rally people to get involved. John Sowers, author of “Fatherless Generation” and president/co-founder of The Mentoring Project, will speak twice in Elkhart County and train others on the front lines of the issue on Tuesday, March 21.

Those who work with young people see a massive need for mentors. Don Phillips, president/CEO of Bashor Children’s Home, said the issue of children who are fatherless is more significant than race or poverty. “Whether a child grows up in a fatherless situation is the biggest predictor of the success of a child,” Phillips said.

Like Dale, Phillips grew up without a father and struggled to understand why that man would choose to be absent. As someone who entered social work and now oversees an agency that helps troubled young people, Phillips champions both fatherhood and mentorship.

A huge majority of the young people Bashor serves don’t have fathers involved in their lives. Bashor staff members and volunteers try to help by showing care, sharing hobbies and taking an interest in the young people. “Mentors can be a powerful substitute, but don’t replace,” he said. “We have to find a way to say to fathers, at an early age, don’t walk away from your kids.”

“How can grown men not accept the most cherished responsibility they have,” he said, noting that fathers stepping away from a child often has to do with troubled relations with the mother. “Most of what we’ve seen is a dad not present because of stress with mom, not because of the kids.” That wasn’t what happened with Helen Aaron and her two boys, D’Andre and D’Mont Stewart. Their father was involved in much of their lives, but after moving from Gary to Elkhart, he isn’t. “They are lacking that fatherly love,” she said.

They found help and hope at Lifeline, the Elkhart agency that now helps 400 young people a year. Both young men have taken on leadership roles overseeing elementary students. “It’s a positive thing. You’re here with your peers. It helps you out,” said D’Mont.

Darrell Peterson, Lifeline’s executive director, said he hears from young people how much the power of unconditional love and mentorship helped save their lives.

The need for mentors in this community is huge, he said. Dale fears that in the African-American community, growing up without fathers is becoming normal. “You cannot keep raising these boys without any positive men in their lives,” he said. “The little boys know they need a father. They want that attention from the male. A kid wants to feel you’re his.”  It doesn’t take experts. It just takes men and women — as parents or mentors — willing to try, Phillips said.

Bob Schrock, president of DJ Construction, is bringing Sowers to Elkhart County with the support of the Community Foundation of Elkhart County. Schrock got involved as a mentor with Big Brothers Big Sisters of Elkhart County following the death of his own father two years ago. He and the company he oversees have taken it on as a mission to grow the number of mentors locally.

“If we’re going to make a difference in kids’ lives, we need to build relationships,” he said.

Schrock wants Sowers’ visit to bring awareness to the effect of fathers who are “absent, distant or abusive” and give exposure to the agencies working to help young people in that situation who need volunteers. Sowers’ visit could inspire more to step up. Those who share of themselves, their time, will plant seeds with their generosity.

Click here to read about the March 21st events with John Sowers. 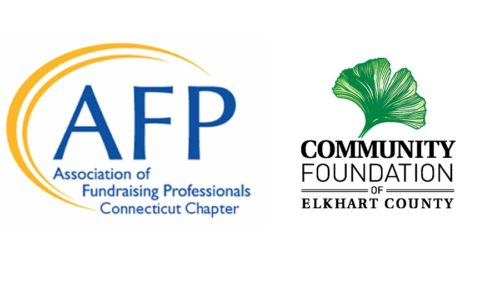