Expanding Services of the Justice Center

Out of a small, second-floor office along Goshen’s Main Street, Lisa Koop and a small staff help people entangled in immigration.

Koop is associate director of legal services and an immigration attorney with the Heartland Alliance National Immigrant Justice Center. She works in Goshen three days a week, alongside law students at the University of Notre Dame one day and in Chicago another day.

The local office of the center is handling about 300 open cases, most of them with Central American women and children seeking asylum, unaccompanied minors and survivors of domestic abuse and other crimes. Nationally, the immigration center provides services for about 10,000 clients a year.

“There is more need for legal help in these areas than we expected,” said Koop, who has been an immigration attorney with the alliance for the last decade. Handling legal cases for those people is even more complicated than other immigration cases.

A $15,000 grant provided by the Community Foundation of Elkhart County for this year and next year will help pay the office expand services.

That will help immigrants from Central America and Mexico who are fleeing gang violence. Young men are being threatened with death if they do not join gangs. Young women are being coerced to marry gang members. They are telling Koop, Weaver and Blumenfeld they came to the United States for safety.

“These are people who add value to our community. It’s our moral obligation as a community to respond,” Koop said.

Nationally, the total number of unauthorized immigrants has declined since 2005. Fewer are coming for economic reasons. “What we are seeing are refugees,” Koop said. “These people are legitimate refugees who meet the definition and should be given protection.”

Immigration is a difficult subject to navigate, but the Community Foundation of Elkhart County’s Quality of Life Committee wanted to help protect women and children in danger, said Shannon Oakes, senior program officer. “That’s part of what we as a community are supposed to do,” Oakes said. “The work the Heartland Alliance National Immigration Justice Center is doing, the families they’re supporting, helps protect people who can’t protect themselves.”

When presented with the ongoing work the center will do in this community, the committee members expressed a belief in the staff and its mission, she said.

The grant helps a small staff in Goshen trying to do that work. “We’re lean,” Koop said. The office has second-hand furniture and is now full with Koop, paralegal Mara Weaver and new attorney Maria Blumenfeld, who is a fellow with Equal Justice Works. She specializes in cases for children 16 and under and brought 60 clients with her to the alliance.

Attorneys are not appointed to people appearing in immigration court. The Chicago immigration court ranks last in the country in the number of people who have legal representation, according to data collected at by TRAC Immigration at Syracuse University. Koop and her coworkers, as well as pro bono attorneys, stand with their clients, and win a majority of their cases. Nationally, less than half of asylum cases are granted, but Heartland Alliance wins 90 percent of its cases, Koop said.

The face of immigration is changing. “The numbers are skewing much younger,” she said. “There are more girls than there used to be. These are immigrants coming for safety reasons and not seeking economic advantage.”

The Community Foundation grant will allow the office to expand its services. Intake appointments are full for weeks out. The grants this year and next may help add staff, Koop said. 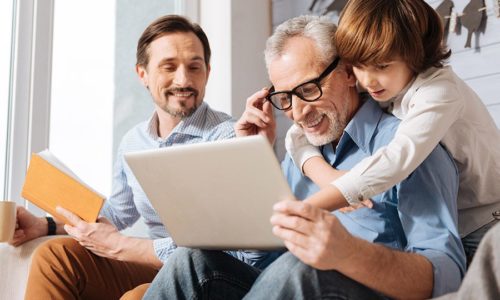