The Lilly Endowment, Inc. and the Elkhart County Community Foundation (ECCF) are proud to honor 10 outstanding students in Elkhart County.

Three students from Elkhart County will receive Lilly Endowment Community Scholarships (LECS) entitling them to full tuition, fees and $900 a year for required books and equipment to any accredited Indiana college or university of their choice. The selected students are: Dakota Mickley, NorthWood; Jaylin Miller, Fairfield; Malaina Yoder, Northridge.

According to ECCF Program Officer, Amanda Jamison, each of 10 High Schools in Elkhart County select one nominee evaluated on the basis of academic performance (including grades and course load), extra-curricular and civic involvement, work experience, career goals, unusual circumstances, interview and an essay addressing the topic “In his 2005 commencement address to Stanford University, Steve Jobs said that “everything is secondary” to following “your heart and intuition”. What does this mean to you?”

“After the ECCF scholarship committee received the 10 nominee applications, names were removed from the application and the applications were scored (excluding the essays) by the ECCF Scholarship Committee,” Jamison explains. “The ‘blind’ essays were then scored by Goshen College professors, the scores tallied and the field narrowed to the top five nominees. The finalists’ names were submitted to the Independent Colleges of Indiana, Inc. (ICI) for final review and selection of the final three recipients.” ICI is a nonprofit corporation that represents 31 regionally accredited degree granting, nonprofit, private colleges and universities in the state.

Commenting on the awards, ECCF president Pete McCown noted that the Community Foundation administers 75 separate scholarship funds. “In 2013, the awards totaled more than $679,000 benefiting more than 250 students from Elkhart County who are currently pursuing higher education. Consequently, these scholarships make a considerable impact, not only in the lives of these students and their families, but also on the educational and economic future of our county.”

The Lilly Endowment Community Scholarships are the result of a statewide Lilly Endowment initiative to help Hoosier students reach higher levels of education. Indiana ranks among the lowest states in the percentage of residents over the age of 25 with a Bachelor’s degree. The program, now in its 17th year, has awarded 70 LECS to students in Elkhart County and 3,914 state-wide, thus far providing more than $305 million dollars in scholarships. 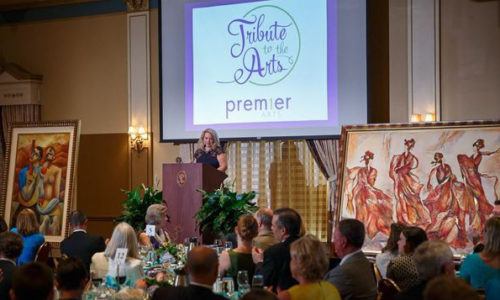