A new transitional home for victims of domestic violence is could open in the coming months and got a boost from female philanthropists.

At the April gathering for 100 Women Who Care, Mindi Swihart’s name was drawn to tell those gathered about a cause in which she believes. As a board member of New Start Home, a faith-based initiative to help women impacted by violence, Swihart told of how Michelle Barnett has felt called to start a home and has a goal of raising $250,000 to fund operations for the first 18 months. The $10,000 donation from 100 Women Who Care resulting from a resounding vote raises the total so far to $70,000.

Barnett, who was abused as both a child and adult, grew up with the mentality that she was at fault. “I expected that from men,” she said. A decade ago, that started to change when she found Crossroads Community Church and its Celebrate Recovery program to deal with what those in the program call “hurts, habits and hangups.” When she was baptized in 2014, she promised to help other women.

On a trip to Israel, provided by someone in the church, she experienced forgiveness for herself in the Encounter Chapel in Magdala, marking where a woman touched Jesus’ cloak and was healed. She then had a mission to open a home for women. In the following months, Barnett was able to buy a house for $25,000 in downtown Elkhart. A complete renovation is underway.

In its first phase, starting as early as this summer, five to seven women will live there after leaving a women’s shelter. Subsequent phases will provide for children and more women.

As they live there, the women will have basic needs met and take classes focused on job skills and navigating the community.

New Start Home is a ministry of Crossroads, though it is a separate non-profit. A fundraiser at the church is planned for Saturday, May 4. Tickets for a family-friendly trivia night are $15 each. 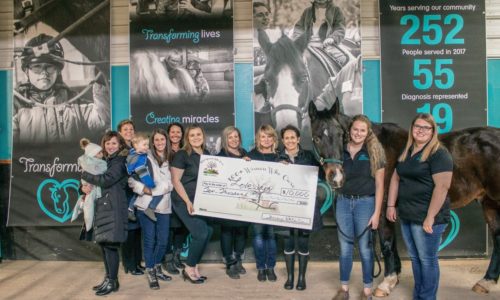