Colin Gregory didn’t expect an emergency work call on his way home from his job.

As a contractor for Advanced Testing Laboratory, a company that provides lab-based contract work for Eli Lilly, he was teaching himself new skills. His love for learning had been recognized a decade ago when he received the Lilly Endowment Community Scholarship, funded by Lilly Endowment and administered locally by the Community Foundation.

Colin became one of the scientists who could help respond to a growing pandemic.

“Our team was being asked by the clinical diagnostics laboratory [at Eli Lilly] if we could come in the next day, on a Saturday, and set up some automated equipment for them,” he says. “They had been in contact with the Indiana State Board of Health, and Lilly was going to become the reference lab for the state of Indiana for their COVID-19 response.”

That weekend, Colin and others worked to automate the pharmaceutical company’s entire Covid response. People were pushing equipment from building to building going through restricted areas, setting off alarms. Some people were even pulling multiple, 24-hour shifts attempting to set up liquid-handler automation processes.

“It was just really surreal. We had people sleeping in armchairs in lounges, you had the alarms going off constantly. It was a really, really unique situation,” he says. “It’s definitely something I’m never going to forget.”

Colin was busy in a sub-basement 3-D printing adapters that allowed tubes used for viral transport media to fit onto liquid handlers better. After a few days, his boss – the head of the automation team – came down and asked Colin to be the lead operator for the test kit production.

Colin moved upstairs and got to work. He got the word from Dave Ricks, the CEO of Eli Lilly, to do whatever he needed to make the project happen, he was even willing to send the corporate jet to Europe for parts if need be.

“It was a really incredible thing to be a part of. The sense of urgency, teamwork, camaraderie,” Colin says. “You had me, who was just a contractor – and not even a particularly experienced one at that – working side-by-side with senior directors trying to get this stuff done. Everyone just put their egos aside to work together. It was really amazing to be a part of.”

“It’s kind of what inspired me to want to work for Lilly in the first place, to give something back to the company that gave me so much.”

He set up instruments, created protocols and trained staff. Ultimately, Colin got a staff of Lilly employees mostly from the oncology department who had been sent home because of the pandemic.

He trained about 50 operators initially and they began producing as many as 5,000 test PCR test kits — the nasopharyngeal swabs — a day. They ramped up production and a growing number of people worked together to help Eli Lilly and the state respond to a need for Covid testing. “It was this sense of deep focus on the goal. You’re surrounded by all these strange circumstances, but there’s just such an energy and such an excitement. The feeling that we were making a difference to the state, and even to the country at-large, was palpable. Everyone was willing to put in the work. Everyone was willing to do whatever it took.”

“Lilly is actually the only pharmaceutical company in America, and maybe in the world, definitely in America that has its own clinical diagnostics to run clinical trials, all the other pharma companies ship that out to third parties,” Colin says. “Our clinical diagnostics lab  went from running about 2,000 patient samples a year in that lab, and in four days we transformed that lab space so they were able to run over 10,000 COVID patient samples in one day, versus 2,000 in one year.”

Eventually, Eli Lilly stopped producing the majority of kits for the state, and there was a question about where the kits would continue coming from. IU Health was one to take up the mantle. Eli Lilly loaned one of Colin’s robotic tube filling systems to IU Health. He ended up spending a week helping them get the system set up and the staff trained. Not long after IU Health bought a robot to match the loaned one. They ended up producing about 10,000 to 12,000 tests a week for the IU Health system and the state board of health to be distributed to hospitals around the state.

Colin’s success at the project led to him receiving a job offer from Eli Lilly, and he’s now a senior scientist in laboratory technology and automation.

The 29-year-old’s journey with Eli Lilly actually began back in 2010. As a student at Goshen High School, he was awarded a LillymEndowment Community Scholarship. The scholarship pays full tuition, fees, and offers a stipend for books and equipment to recipients to be used at any accredited public or private nonprofit college or university within Indiana.

“Going into my senior year there was a little bit of doubt over what I’d be able to do for college – how much I’d get in scholarships; how much I’d be able to take out in loans,” he says. “There was a bit of uncertainty there. When I found out I got the Lilly Endowment Community Scholarship, that was just such a huge relief, knowing that I could go wherever I wanted within the state of Indiana.”

Colin used the scholarship to first attend Goshen College before transferring to IU Bloomington, where he graduated with a degree in biology.

“The Lilly Endowment Community Scholarship has impacted me tremendously,” Colin says. “It provided a huge boost to my career. I’m in the process of founding a new, automated core lab that’s going to serve all of Lilly research laboratories here in Indianapolis. The scholarship is really what made all of this possible. It’s kind of what inspired me to want to work for Lilly in the first place, to give something back to the company that gave me so much. It’s taken me a really long way in the last few years, but at the same time I feel like my journey with the company is just beginning.” 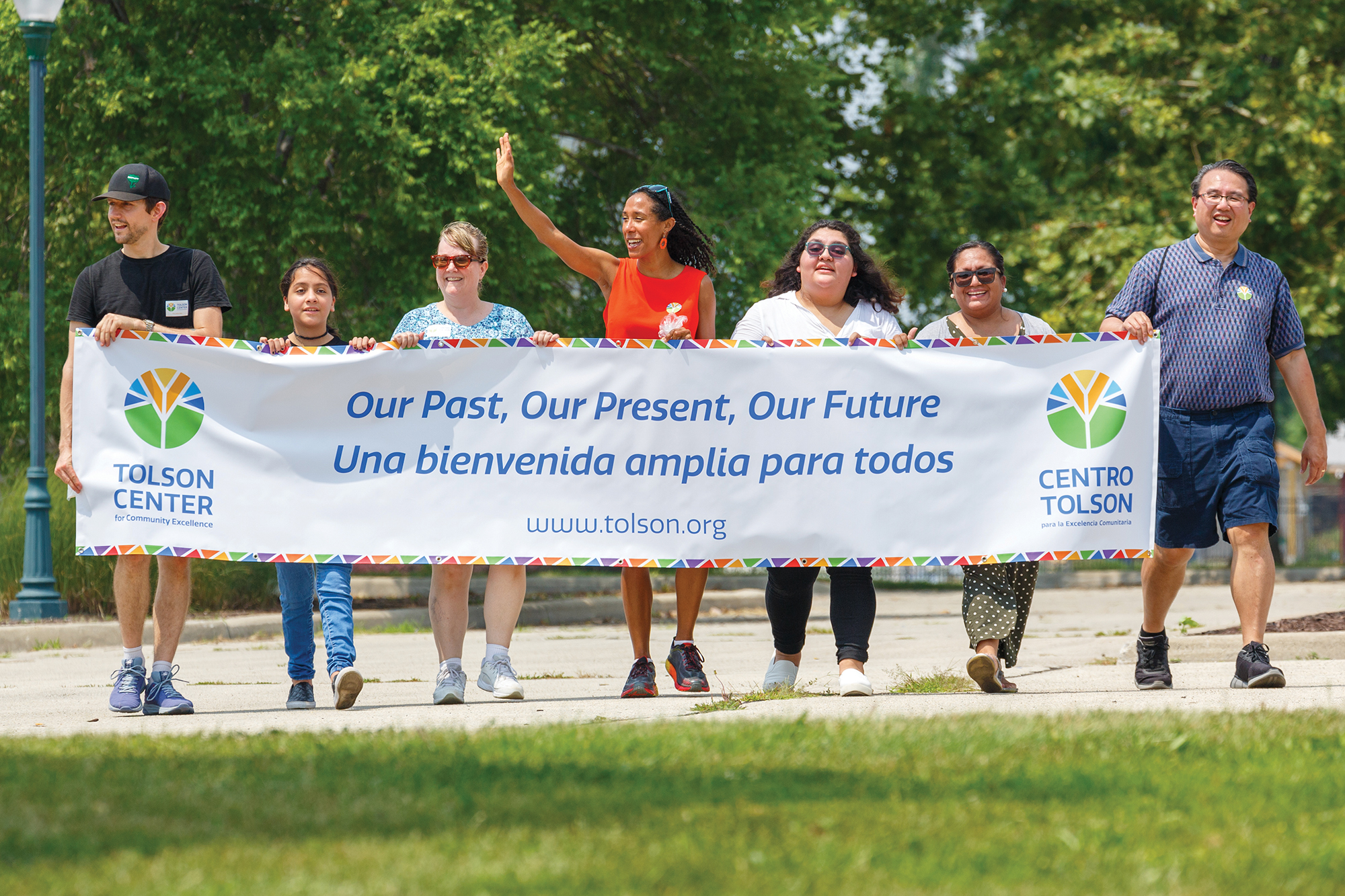