Establishing a Family Foundation through a Donor Advised Fund

When you’re going through the greatest trials life has to offer, that’s not usually a convenient time to sit down and consider whether to create a private foundation or to find an alternative.

But sometimes the worst time to think about it is also the most important time. And those are times when people can turn to the Community Foundation of Elkhart County, when they can talk to us and we’ll listen, find out what they want, and then offer our services, if appropriate, or give them recommendations elsewhere.

Oftentimes, setting up a designated fund, memorial gift or donor-advised fund through the Community Foundation is the most effective way to go, and we have lots of experience. That’s why we were able to come alongside Amish and Amy Shah and help them at a very tough time in their lives.

The Shahs reached out to the Community Foundation of Elkhart County in 2012 as they decided how to build a legacy out of a personal tragedy. “It was very consultative, it wasn’t selling something, it was more, ‘Here are your options: You can start your own private foundation and here are the pluses and challenges, or you can use the Community Foundation,’ Amish said. “We evaluated all our options, and in the end decided it was not only the best solution, it was the easiest solution, and it really helped us achieve what we were trying to do.”

They were really looking at four key things. First off was ease of use. “If it wasn’t easy for us, it was going to distract from what we wanted to do,” he said. Next came trust. “We wanted to be able to develop the foundation and put the money somewhere that we trusted and that the community would trust,” he explained, “because it wasn’t just our money going into the foundation. We were raising money from the community.”

Third, they wanted people they could believe in. “We wanted to make sure that what we were doing, we’d be able to establish the relationship and get constant feedback or at least some coaching. Not only are they professional, they’ve become really part of our family.”

Finally, cost was a consideration. “We’d have to have staff, we’d have to go through all the rigorous process of setting up our own foundation,” and that adds to the costs and distracts from the mission, Amish said.

He recommended that anyone considering a similar foundation talk to experts. Shah said, “If people are interested in doing something, just do it. For us it wasn’t that challenging. It took a couple of phone calls, a few weeks to think about it and we pulled the trigger. It took us about a month and we started receiving money. It was an easy, smooth process.”

Six years ago, the Shahs took life-changing steps as parents when Maya was born.

About three years later, Sammy joined the family. Not long after that, they learned that their beautiful family was about to expand again, with the addition of little baby Sydney. Sydney was born in Indianapolis Feb. 22, 2013. Sadly, the span of her too-short life ended June 30, 2013. But during her life, she inspired her parents to help her name live on and become a blessing to others.

“After Sydney’s passing, what we found is we were really inspired by the people that we’d met there, a lot of the parents that we’d met. We saw some parents that really didn’t have the same opportunities we did … We knew we couldn’t change the medical outcome for anybody. But what we thought we could do is at least provide their stay a little more comfort. That was really our inspiration for creating Sydney’s Secret Rainbow Foundation. We wanted to give rainbows to parents who needed them.”

The anonymous “rainbows” can take any form. An iPad allows younger children to have FaceTime so they can see their brother or sister. Or “rainbows” can be anything from cleaning somebody’s house if they’re about to come home, sports tickets, museum passes, a few nights in a hotel so they can get out of the hospital or not have to stay at the Ronald McDonald House – so parents can have some escape time.

Those gifts in Sydney’s name pay her legacy forward, allowing her parents’ love of her to find a positive outlet and boost people whose situations Amish and Amy understand all too well. And the work of Sydney’s Secret Rainbows Legacy Fund has been rewarding on many levels for the Shahs. “Not only has it touched the lives of people who receive rainbows, it’s touched the lives of people who are giving to our cause and hear our story,” he said. “It’s about being able to memorialize our little angel.” 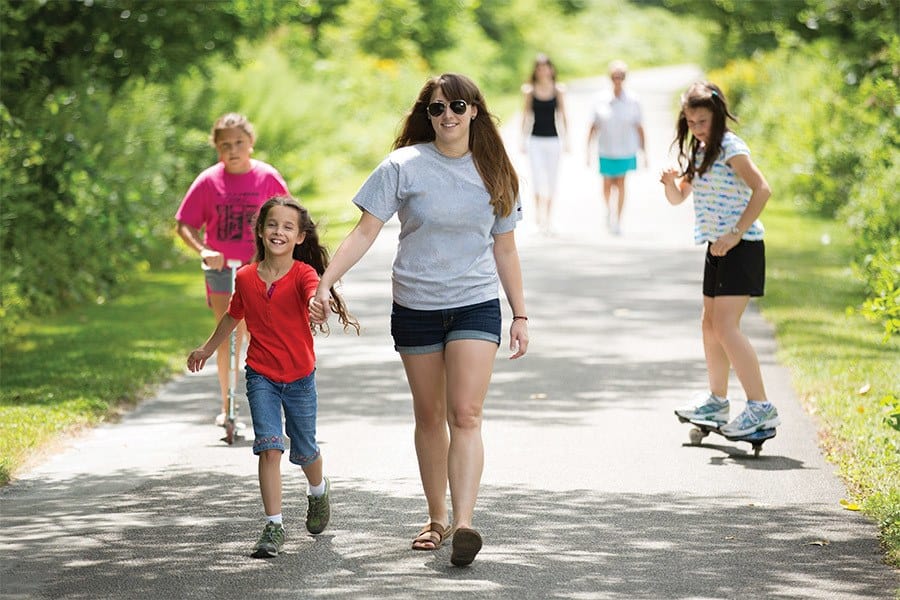