How do you recover from the unexpected death of a child, your daughter? Even more tragic, the brutal murder of your daughter? This is what Phil and Robin Byars and their family have been trying to cope with the past many painful months.

On the morning of November 10, 2015 their son-in-law Davey Blackburn went to a gym to work out. Upon returning to their Indianapolis home, he found his wife, Amanda Byars Blackburn, 28, suffering from gunshot wounds after a home invasion. Amanda was 12 weeks pregnant with their second child, a daughter, and both died 24 hours later from her injuries. Their son, Weston, age 16 months, was unharmed.

Amanda’s father Phil Byars is pastor of the First Baptist Church on County Road 17 in Elkhart. He and his wife Robin both have a deep-seated Christian belief in God. It has been their faith that has been their rock, their saving grace, over the past months.

In the weeks following Amanda’s death,

David Bailey — a close friend, member of their congregation and former coach of Amanda’s basketball team — suggested the Byars set up a fund at the Community Foundation in their daughter’s name as a way to honor her, her life and her deep faith. According to Phil, “Amanda loved to bring people together to believe in Jesus.

Therefore, if we invest in the kingdom, we can continue to make an impact — in Amanda’s name.” And so the Byars set up a fund, a donor-advised fund, which meant the family would be the ones to determine where distributions from the fund would be made. At the time they established the fund, they had not yet determined what that would be.

In addition to Phil and Robin, and Amanda’s husband and son, Amanda is survived by her sister Amber and brother-in-law Gavin Wilkinson (who has become like a second son to Phil and Robin) and her brother James and wife Angela Byars.

As sisters, Amber and Amanda were particularly close; they even shared a joint wedding. The day before Amanda was killed, they were together in Indianapolis at The Park at Traders Point Christian Church.

“We had so much fun,” Amber said. “The kids played, and we just laughed and talked.” Memories of that special day were actually captured in a video that one of The Park’s staff had taken and sent to the Byars family, after learning of Amanda’s death.

The Park is actually an indoor park with different areas for younger or older children, featuring multiple play structures on six different levels with interactive play stations and activities. It also has two basketball courts and a rock wall for climbing. Children must be accompanied by an adult, creating a safe, fun environment designed to make its visitors feel welcome.

“One of the things that characterized Amanda was that nothing was wasted,” Phil added.

“As it says in the Bible, in Romans 8: 28-29, ‘all things work together for those who love God.’ God turns trash into treasure. At garage sales Amanda bought what some people call junk and in their back yard turned it into treasure, selling the items in her business Weathered Willow and helping support their family.”

Trash into treasure. Pain into platform. A platform to carry on Amanda’s beliefs and convictions, to continue what was important to her. Like at a Park, in Elkhart, on the site of the First Baptist Church where Phil and his staff could offer grief counseling and treatment for others dealing with the shadow of death.

The First Baptist Church on County Road 17 is flanked by a housing development on each side. The owners of the 40 acres of land on which the church sits died. The property was left to their children — with the stipulation that that land was not to be sold or developed as residential or commercial commodities. But… possibly for a First Baptist Church Park?

At Amanda’s funeral at Traders Point Christian Church in Indianapolis last November, the director of the funeral told Robin that The Park is their church’s greatest outreach tool. As a large church (with three locations in the Indianapolis region), they’re always looking for ways in which to make community connections. For them, they accomplish this with The Park.

As Amanda’s brother-in-law Gavin added, “It’s not just about Amanda; it’s about Jesus. This would be a great opportunity to be a part of something like this.”

The day of Amanda’s death, her husband Davey released a statement saying: “Amanda made it her life’s calling to love and serve everyone she knew. Even more, she has made it her life’s mission to see as many people as possible come to know Jesus as their personal Savior. I know that in her death — and in her legacy — even more people will come to a saving faith in Christ. I hold a firm belief that God is still good, that He takes our tragedy and turns it into triumph and that the best is truly yet to come.”

In the near future, the Elkhart community may be blessed with the development of a Park. A place for parents to connect, for children to laugh and play, for making meaningful transformations for those suffering from a disability… or for those facing the shadow of death. All made possible through a simple fund through the Community Foundation of Elkhart County in Amanda Byars Blackburn’s name… as a way to honor her, her life and her deep faith. Planting seeds of hope and faith in the memory of a special young woman… Amanda.

Davey Blackburn is pastor of Resonate Church in Indianapolis which he and Amanda started in 2012 after living in South Carolina. Their intention was to create life change through Jesus Christ for the residents of Indianapolis. With a beginning congregation of only 150 people, it began to develop the way Amanda lived her life — with her strong faith, her trust in Jesus and the importance of developing meaningful relationships.

To help live on Amanda’s legacy, make a gift to the Amanda Byars Blackburn Legacy fund.

The Most Important Things 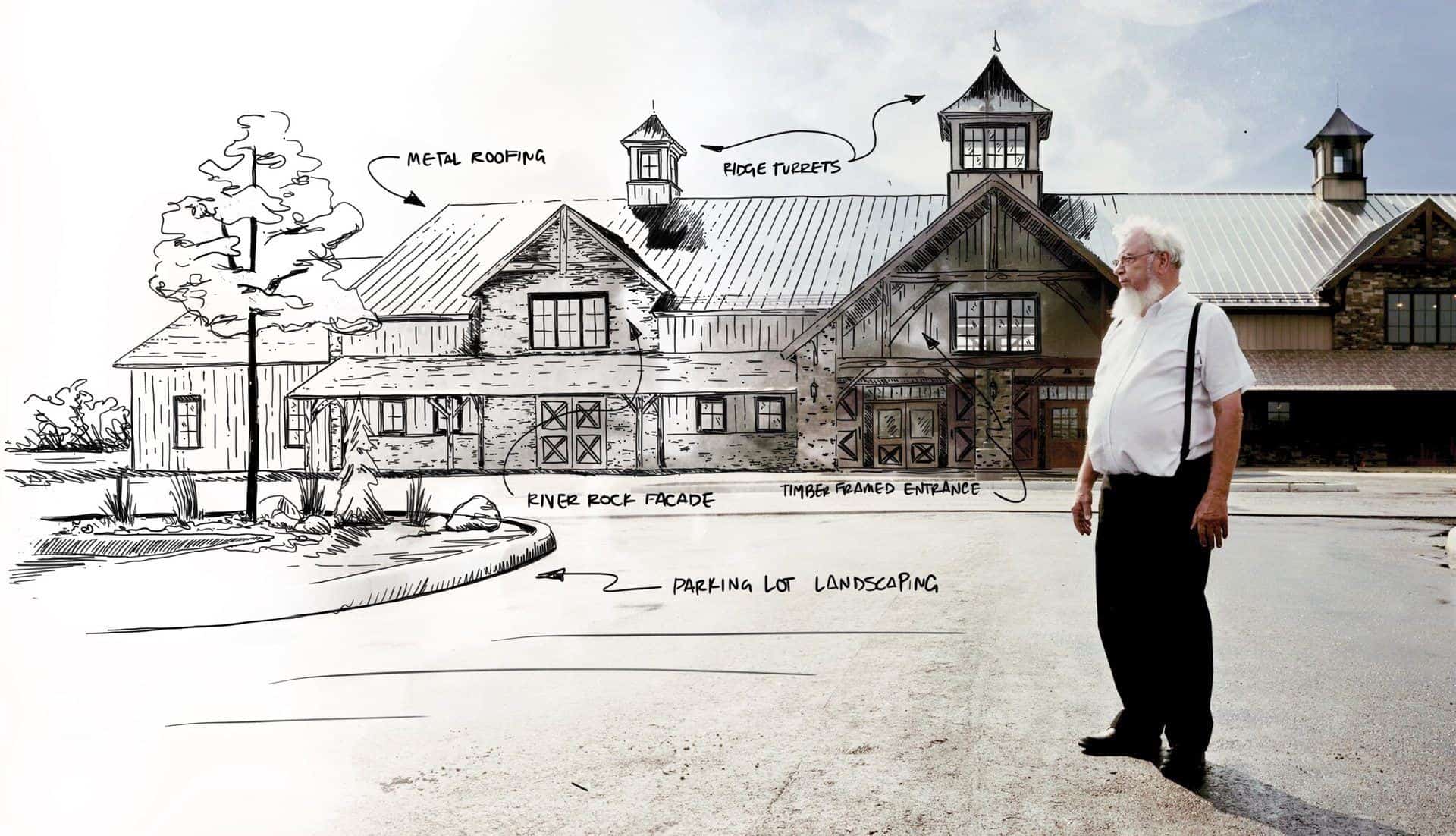 The Most Important Things