How Walnut Hill provides stability to a community in need.

How Walnut Hill provides stability to a community in need.

It’s 6:40 on a Monday morning and the Bergholz’s home is already in full motion. Sarah’s hair, still dripping from her shower, leaves an imprint, growing on her maroon scrubs top.

Someone takes excessively long steams in the morning before she gets up, despite her constant refrain to stop. Her broken, green Revlon pressed powder compact has seen better days, but she applies it conservatively to both cheeks and lightly taps the tip of her nose. David squeezes behind her and makes his way to the opposite end of the mirror. He opens a black jar of pomade and applies it to his fingertips. A few tugs at his slightly-receding brown hairline and he seems contented.

The background noise is a dense fog. Storybots twang away at a song that seems to depict how potatoes become french fries. Children’s voices, sometimes murmurs, escalate to the occasional piercing scream. Footsteps reveal Mason and Michaela‘s movements about the house; crescendoing until a half-naked figure blurs past the bathroom door, another slightly more clothed one chasing it. Mason, 4, hadn’t quite gotten himself fully dressed before starting to torture his sister.

The light spring of a toaster, the distant bassy slam of a bedroom door, the zip of a backpack…all worked today in unison, rhythmic, like the beginning of a Stomp routine. David quickly exited the bathroom, hooked Mason with one arm, slung him over his shoulder, and headed back to the kids’ room. Sarah dropped her compact, leaving a ring of pale powder on the vanity, and tracked down Michaela. She looked at her teal Fitbit to reveal 6:51. She had exactly 24 minutes to finish the morning routine, get in her car, and get to Goshen Middle School before the kids piled through the doors. Grape jelly and butter on an english muffin for Michaela. Marmalade with no butter on wheat toast for Mason.

Tick, tick, tick. She had internalized this morning time clock already and she knew she had it timed out to the nanosecond. One dropped piece of toast, one missing post-shower towel, one crazy 2-year old bumping their head… and Sarah would be late. David acted aloof, but the same internal clock ticked away in his head. It’s now 7:02, Sarah was on her way to work, and David was a single-parent for the next 38 or so minutes. His responsibilities were simple, but added a ton of weight to his routine. He remembers the days before the munchkins had entered his life. When he could roll out of bed 15 minutes before work, and still clock in without a problem. Back then, his list of responsibilities was short.

Nowadays things are different. He has a mortgage, credit cards, two car payments, cell phones, and piano lessons. He wouldn’t trade those munchkins for the world, but bills were piling up, Christmas was looking sparse, and retirement accounts were the punchline of a joke.

He received a letter just a few months ago, informing him that life was about to get a bit easier. Both Mason and Michaela were moved off of the waitlist and accepted with full tuition covered to an early childhood center. He could resume full-time work, Sarah could commit further to her students, and they both could finally save as a family–giving themselves a much-needed safety net.

Walnut Hill Early Childhood Center is set back from the road a hundred or so feet. Built on 2 1/2 acres, the simple, single-story building is clean and inviting. Inside, long, wide hallways separate classrooms divided by age.

Infant and toddler rooms are warm and cozy. Like a bougie birthing suite, the rooms have beautiful bamboo cribs and bassinets. Four of the children sleep soundly in small cribs. Another infant is being held delicately and fed by a caregiver.

As you travel farther down the hall, the children ascend in age. The new infant program means Walnut Hill serves families with children from birth to kindergarten. Two rooms down from the sleeping babies is a group of children known internally as “the caterpillars.” Here, David is escorted by daughter Michaela through the doorway. She pulls him by his index and middle fingers. Her excited grip tightly ushers him into her class; almost as if inviting him to join her secret meeting.

She pulls David all the way to a desk with a construction paper owl affixed to it. The owl has her name tag and she loves it. David had already dropped Mason in the Butterfly Room, where he didn’t even protest his father’s departure. David grew to enjoy Michaela‘s interest in keeping him around as long as she could. So, even if it meant he clocked in a few minutes late today, he would listen to Michaela as she explained in detail her latest art project.

Without the high quality of care offered at Walnut Hill, David and Sarah’s story would be a lot different.

The hustle and bustle of morning was a small daily battle. The ability to keep food on the table and a roof over the family was the bigger war; a battle they had won thanks to Walnut Hill. Now, they could focus on those formative moments and smile wide. Their lives are far from stress-free, but what young parent lives without stress?

Pam Zarazee has been the board chair at Walnut Hill for almost three years. She walks the halls of her new building, an aura of pride glowing around her. The center has come a long way from this time last year, when its facility had just four rooms, shared with the Assembly Mennonite Church, with the capacity for fewer than 80 total children. One of those rooms was set up and torn down weekly, while the others were undersized and underequipped. The need for safety and openness created obstacles for the church and daycare center. And perhaps worst of all, no children under three were able to be enrolled, leaving a huge gap in coverage for working parents.

With hundreds on a waitlist, security challenges, and inadequate space, it was high time for a change. To so many kids, Walnut Hill was home, and it was falling down around them. It was high time for some home improvement. The Community Foundation of Elkhart County contributed $350,000, helping Walnut Hill toward its goal of $1.5 million for a land and building purchase, renovation, and move. The center now does a service for Goshen that is invaluable.

Each classroom is equipped with beautiful furniture, wooden toys, and colorful walls. Purpose-built bathrooms and kitchenettes in each room ensure each space is self-sufficient. Large, fenced-in spaces allow each room to have private and secure recesses at will.

A state-of-the-art kitchen looks more like something out of a 500-person, five-star restaurant than a daycare center. Kitchen staff are trained to ensure these kids are getting a healthy, balanced meal. The building still has a tinge of the smell of fresh paint and carpet; it’s only a year old. With the new facillity, Walnut Hill has more than doubled its capacity since last year.

At 5:15pm, Sarah is greeted by the receptionist as she opens the door to Walnut Hill. The lobby is open and beautiful. The area is secure, and she’s allowed access only with a code. Signing Michaela and Mason out of the facility is an impressive display of technology, and it’s second nature to Sarah. A ticketing system ensures that her two children are signed out not just at the front desk, but in the classes themselves, all reported back to a centralized computer system. Sarah would get a notification about her own activity in just minutes. It’s a vibration in her purse that she’s come to ignore, but one that gives her great comfort.

She quickly moves down the halls to the Caterpillar Room. Exhausted from a consuming day in her own classroom, she’s ready to be home and her pace says as much. She’s at a near jog, the pace of a busy young mother, as she reaches the room. Michaela looks up from reading in circle time and jumps to attention. She wants to stay for the end of the story and pleads with her mom. Ok, fine. Mom smiles and leans up against the new cubbies as she watches.

Now it’s time to move down the hall to the Butterfly Room, where Mason builds a castle from magnetic blocks with his friends. The room is pristine if not for a few building projects like Mason’s. Sarah always wonders how they do it. Her house could never keep up. Mason volunteers a maelstrom of information on his mother.

“Guess what I learned today? Have you ever heard of an anteater? Mom?,” he pleads. “An anteater. They look crathy.” He’s still working on those Z’s. For now, though, Sarah loves his imperfect speech, a constant reminder of his youth. She secretly hopes he doesn’t learn better anytime soon. The teacher, Alicia Rose, leans in to joke with Sarah about Mason.

“He’s obsessed with the anteater for some reason,” she laughs. “I told him mom would buy him one for Christmas, just so you know. Figured you wouldn’t mind.”

“Oh, thanks for that. I’ll add that to the list with a monster truck and Michaela’s grand piano..”

As she pulls back into the garage at home, Sarah takes a moment to breathe. She’s happy to have found a resource like Walnut Hill, to shoulder some of her burden. A place to help her and her young family weather some of the storm. An infrastructure that feels like a second home for Michaela and Mason. An extension of her own home. 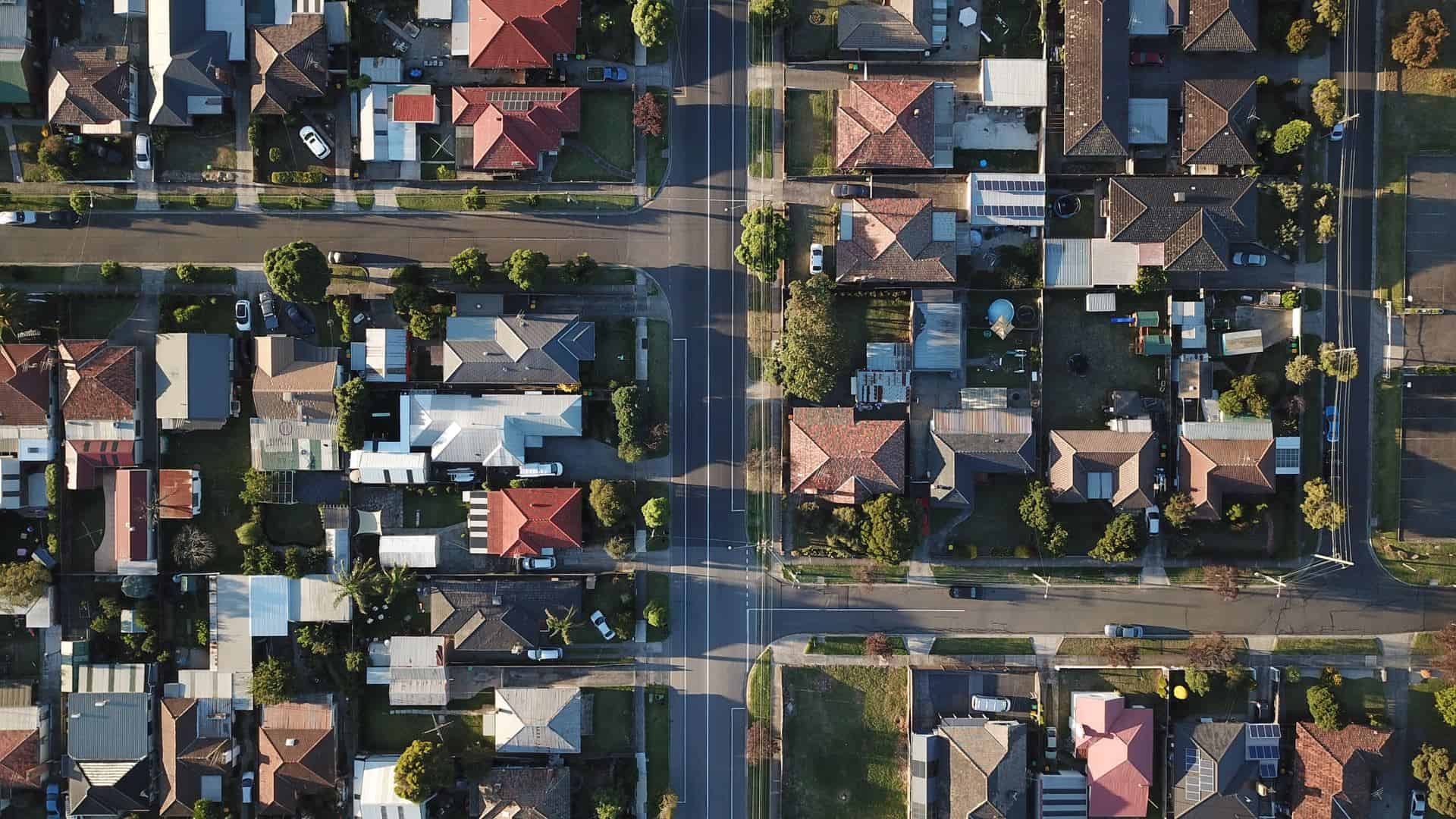