Jane Allen remembers when she started seeing students with a new set of issues.

They were running down the hall screaming to get out of the building. Some were hiding under desks or in lockers.

Not every Middlebury Community School building had its own counselor and students who had access to counselors in their building were limited to three visits a year.

Jane, the superintendent of Middlebury Community Schools, talked with Kori Cripe, then a counselor at Northridge Middle School, about how to help these students who were dealing with mental health challenges, including anxiety, depression and anger.

“We knew a lot was going on in their heads that needed some counselor support that we were not able to give on a regular basis,” says Kori.

Kori and counselor Becca Snider were trained in equine therapy and saw what horses could do to help kids.

As students came to Kori’s home she watched them find solutions to problems as they interacted with animals or worked in the stable. In a one-hour session, a student may work with a horse to navigate obstacles or walk the area.

She has seen therapy with horses work when talk therapy doesn’t. Sometimes a young person will find a way to relate to a challenging horse that Kori can’t. She has seen young people find their way back to mental health with the help of a small horse they can’t ride as they name the animal, as they braid its hair, or as they dress it up in costumes. Without saying a word, the animals help the humans work through their emotions.

Jane and Kori devised a program using miniature horses as therapy animals to help students. They put the dream on paper, hoping for funding someday, but both believed it wouldn’t happen until after they had died.

At Kori’s farm, she worked with students and others in a therapeutic setting, but they had a dream for a stable of horses that would help students who came from Middlebury schools. (That’s a different approach than LoveWay, which is a riding stable for children with disabilities.)

In 2018, Jane was in the auditorium at Northridge High School when someone asked the 900 students if they knew anyone who had attempted suicide. Three-fourths of the students raised their hands.

Jane knew they had to do something.

Kevin isn’t a huge fan of animals, but said he would help as long as they someday named a donkey after him. He was willing to include the stable in the capital campaign if the Middlebury board approved. Will Weed, who had three friends commit suicide while he was a student at Northridge High School, was at that meeting. He knew the young people of the Middlebury community needed help. “Even though it’s a great community, we still have challenges to sort through,” Will says.

He guaranteed that someone in the community would fund Stable Grounds. Jane and Kori were soon meeting with his family, including his father David and grandmother Peggy Weed.

Jane kept working to put other pieces in place. She called Lance Miller, part of the family that owns and operates Das Dutchman Essenhaus. “I said, ‘Lance, we need some land.’” Stable Grounds had money to purchase land from the family north of the restaurant adjacent to the school campus that includes the administration office, two schools and the Boys & Girls Club.

Lance called back a week later and said the family wanted to donate the land.

A 100 Women Who Care, a giving circle that meets quarterly, picked Stable Grounds for a $10,000 grant. Jane and others from the Middlebury community were there that night to pitch both the needs and how Stable Grounds would meet them.

Others in the community donated feed, vet services and labor to build the stable. Jane said the way the pieces came together amazes her. “It’s a God thing. It was meant to be,” she says.

Stable Grounds became a nonprofit supporting the facility and animals. Middlebury Community Schools supports the personnel, utilities and insurance. It’s a public-private partnership that is the first of its kind in the state of Indiana and could become a model for other communities.

Jane has retired as superintendent, but she isn’t done helping kids. Stable Grounds is a passion project, where she is a helper and part of the board.

She’s supporting the others on staff. Kahlil Schertz, who retired after 30 years as a fourth-grade teacher, is a program assistant. Kori and Becca are conducting the therapy sessions with the students and horses.

Stable Grounds is getting referrals from Middlebury schools for students to get individual or group sessions with the horses. Jane is hoping that rather than spending time in detention, students will come to the stable to muck a stall and get their hands a little dirty.

The 22 horses on Kori’s farm will rotate in and out of Stable Grounds as they spend their days helping students. Stable Grounds’ organizers are fielding requests from local Amish bishops and other school systems wanting to utilize services, but the priority will be Middlebury Community Schools students.

All those who have contributed expect big things from the interaction between students and little horses. Mental health has a huge impact on every aspect of a students’ life, particularly academics.

The community wasn’t doing enough, said Will Weed. “I think a community model that centralizes around a community and its schools just makes sense. At first glance, Middlebury is going to work very hard to harness this and reduce the stigma around mental health,” he says.

At the ribbon-cutting for the building earlier this summer, 200 people came to celebrate the new stable. The animals were the stars of the show. Kevin Deary met the donkey named Kevin. The human squatted down to talk to the animal. They have a lot in common. They’re both survivors and are giving back. A teddy bear can’t give unconditional love back to a young person, but animals can, says Kevin. “That donkey is going to give and receive unconditional love,” says Kevin.

As the school year starts, so does a new era of helping students find their way.

“We can’t wait to give our kids hope,” says Jane. “That’s the key. They have to have hope for the future.” 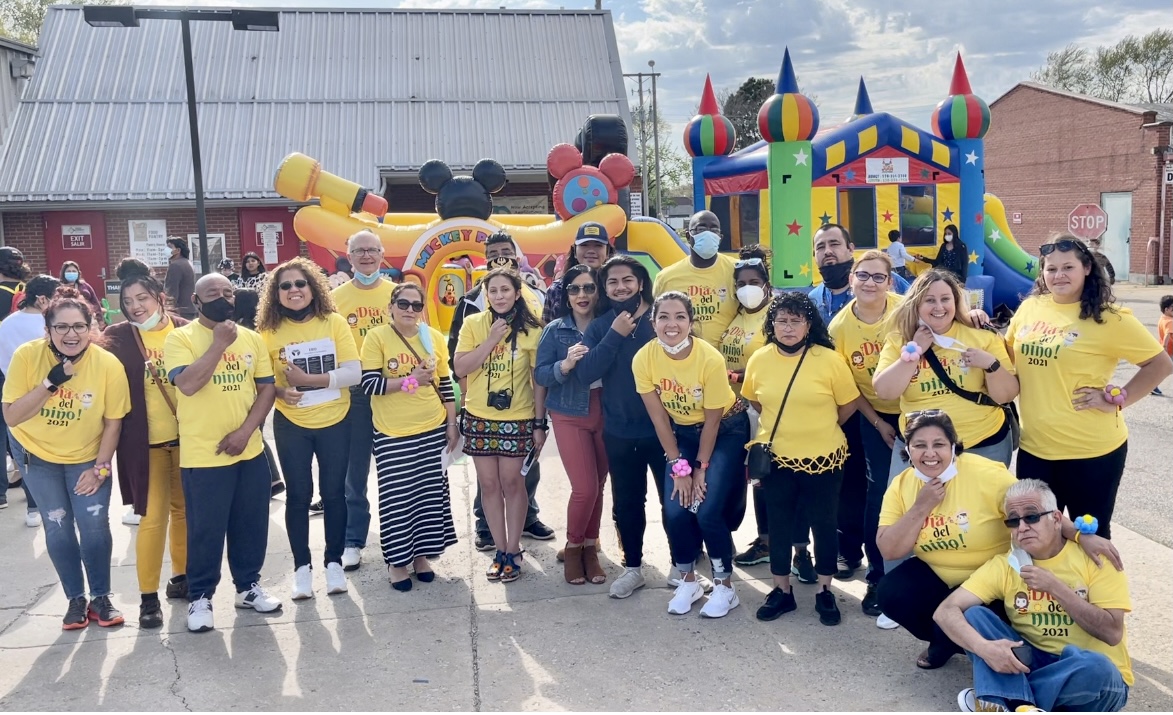