Starting in April 2023, Deary will be Director of Professional and Organizational Development

Kevin Deary, who is retiring as president/CEO on December 31, 2022, will oversee training and development in the nonprofit sector in Elkhart County for the Community Foundation starting this spring. 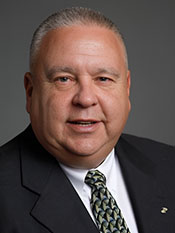 Deary will oversee The Learning Center for nonprofits, an annual CEO Retreat, CEO Roundtables and be available as a coach and mentor. In addition to grants to organizations who serve Elkhart County, the Community Foundation supports their work with mentoring, training and growth opportunities.

Deary came to Elkhart County in 1994 to lead the Goshen Boys & Girls Club. The Boston native made Elkhart County home and improved the lives of thousands of young people as he built the Boys & Girls Club into a nationally recognized center for youth improvement. During his time at that organization, it grew from having one site to operating four with multiple programs and a multi-million dollar budget. He is an experienced fundraiser, as well as growing an organization that now has more than 100 employees. He has been CEO for 28 years and his career of empowering children and young people has spanned 39 years.