Neal Myers always said he was just another cog in the wheel, doing his part to help others in need.

The Middlebury man, along with his wife Dianne, helped launch the Boys and Girls Club in Middlebury and donated money to local charities including the Northridge Dollars for Scholars. He volunteered as a pilot for Angel Flight Central, helping sick children and their families travel to receive medical care, as well as for Pilots N Paws Pet Rescue Services.

“He always felt that to those whom much has been given, much will be expected,” Dianne says. “That’s how he lived.”

Neal’s untimely passing occurred when his plane went down one evening in February 2019. He was 55 years old.

After the crash, Dianne and their children wanted to keep Neal’s legacy of helping others moving forward.

The Middlebury community was shocked by the loss of a man who was a true pillar of the community. Neal owned Max Myers Motors for 26 years and while he was known for his successful business, he is most remembered for his philanthropy.

“That’s just who he was. Even in college, he was giving back through his fraternity, working on philanthropy projects,” Dianne says. The couple met while they were at Purdue University and bonded over their shared passion for helping others. They taught their children to do the same.

When their kids were in elementary school, their neighborhood sponsored a family for Secret Santa during the holiday season. Neal and Dianne took their children shopping for the family.

“Then the whole neighborhood would have a pizza party, and we would wrap the gifts at somebody’s house,” Dianne recalls. The children experienced the joy of giving back and bonding with family and friends in the spirit of giving.

Neal also loved flying planes, his hobby for more than 30 years. He owned a small single-engine plane with seven seats, decorated in black and gold with a Purdue ‘P’ emblazoned on the side. When Neal and Dianne learned about the Angel Flight and Pilots N Paws programs, they immediately volunteered. Neal felt especially compelled to help children and animals.

“They were two groups that their voices don’t always get heard,” Dianne says. “Sometimes they just need someone to believe in them, that they were important enough for us to take our plane and get them where they needed to get that day.”

Neal and Dianne went on about 30 flights for the Angels program and another 30 for Pilots N Paws. Their children were living in Dallas and Florida at the time, and they would often pick up huskies that had been
abandoned in the south on their way home to take to a husky rescue in northern Michigan.

“We were down there visiting our kids anyway, and it just makes you feel good when you look at those little furry faces and get them where they need to be,” Dianne says.

When Kevin Deary, president of the Boys and Girls Clubs of Elkhart County,
approached a group of Middlebury leaders about building a club in Middlebury, Neal immediately volunteered. He helped
secure funding for the first club that opened in 2002 and later served on the Blue-Ribbon Committee that launched the construction of a new building for the club in 2005. The club now serves more than 450 children annually.

“Our community just finished enlarging the facility that we had built that was bursting at the seams,” Dianne says. “This is serving our community and so many families. It’s amazing to watch it be used.”

Like with everything else, Neal saw his philanthropic work as just doing his part, making the most of the tools and skills he had. He was just another cog in the wheel.

After Neal passed away, Dianne and their children knew that the best way to honor him was to help others. “How could we as a
family keep (Neal’s work) going forward?” they wondered. In his life, Neal was so passionate about helping others, especially children. The answer: a scholarship in Neal’s name.

“Neal always wanted kids to have the opportunity to live a good and productive life,” Dianne says. “If this helps a student in some small way, wonderful.”

Dianne contacted the Northridge Dollars for Scholars to set up the scholarship. The Myers family was familiar with the organization already. Max Myers Motors made several donations to the organization over the years and the family knew some of the board members.

“We are honoring someone whose work was so profound in the community.”

Dianne also appreciated that Dollars For Scholars has an established blueprint for its scholarships, as it awards 75 to 100 scholarships to Middlebury students every year. Thanks to its partnership with the Community Foundation of Elkhart County, the family felt confident that the organization would be able to award the Neal Myers Scholarship for many years to come.

“We weren’t looking to reinvent the wheel (with a new scholarship program),” Dianne says. They were looking to continue Neal’s legacy of simply being a cog in the wheel — doing their part.

“It exemplifies what your family means and stands for, and the true heart of your family,” Jamie Peck, president of Northridge Dollars for Scholars, told Dianne in a meeting with the Community Foundation.

In honor of Neal’s memory, Dianne and their children wanted to ensure that the scholarship would benefit students who may not qualify for other scholarships. Students who were members of the Boys and Girls Club will be prioritized. Recipients also don’t have to follow the traditional college path; if they were planning to enroll in college part-time or attend a technical or trade school, they may also be awarded the scholarship.

“I think that’s neat because of how (the Myers family) looks at the community to help people who may not have other opportunities,” Peck says. “I think it’s really special to have this scholarship in Neal’s name, and that it will continue to grow thanks to the endowment and the investment the Community Foundation does.

“We are honoring someone whose work was so profound in the community,” Peck says.

For the Myers family, creating the Neal Myers Scholarship is the best way they know how to honor a man who spent so much of his life giving to others — to continue being cogs in the wheel, as Neal would say.

“Neal’s legacy continues forward. Simple as that. We are so happy to be able to give a student a little hand up. And let them know that somebody here in Middlebury believes in them,” Dianne says. “This is the way to keep (the wheel) moving forward.” 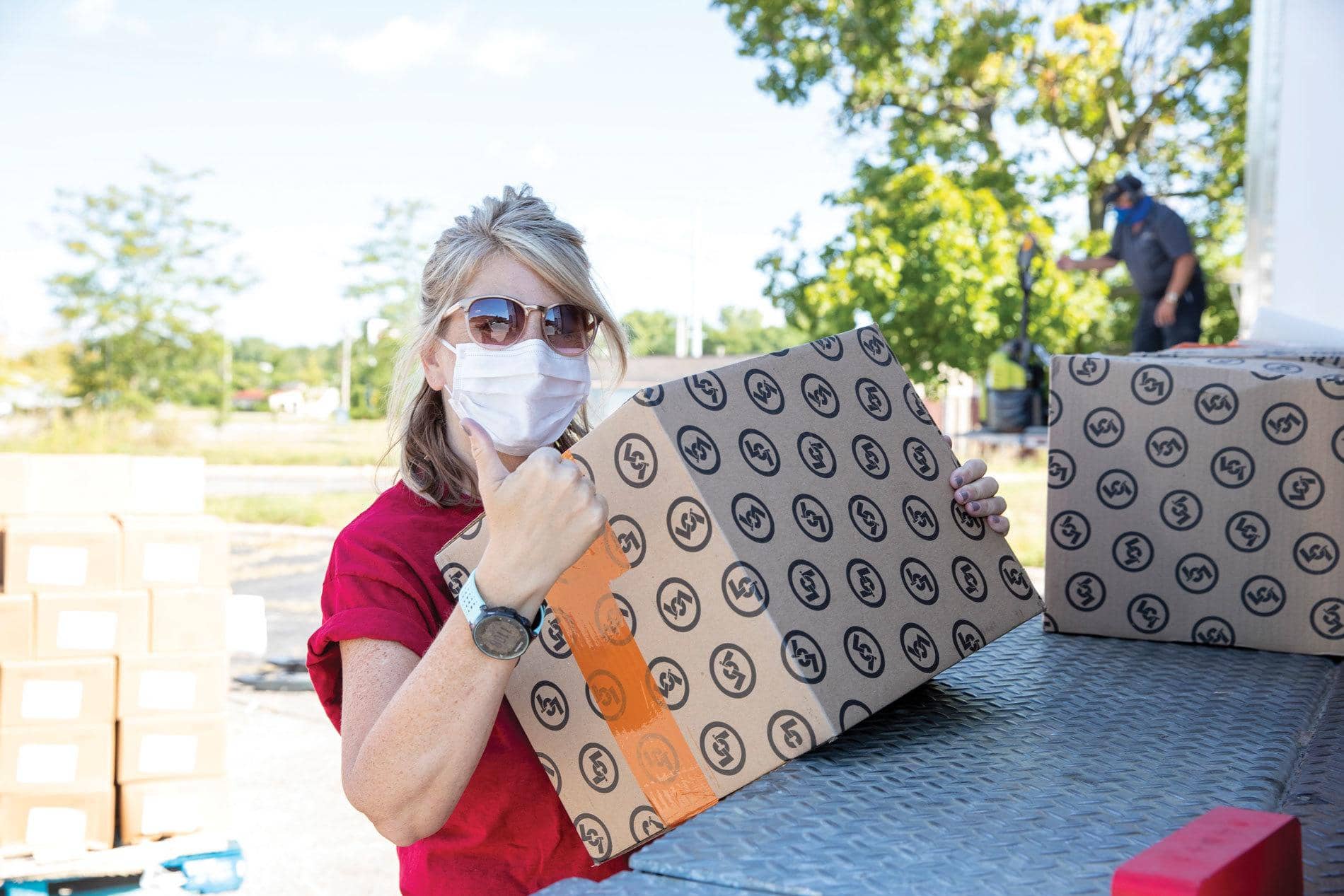