Even before Jayco Inc. was founded in 1968, Lloyd and Bertha Bontrager committed themselves to tithing and giving to charitable causes.

Following the sale of Jayco to Thor Industries, the family’s new Bontrager Family Foundation will perpetuate giving for generations to come as part of the Community Foundation of Elkhart County.

“We wanted to continue our ability to support charities as we have in the past,” said Wilbur Bontrager, chairman of the board and a member of the second of three generations involved in the business and its giving.

The creation of the Bontrager Family Foundation allows our family to continue its tradition of giving, Wilbur said. “Family members will determine where to give gifts from the foundation. It’s really a continuation of what we’ve done in the past,” he said.

When Lloyd and Bertha Bontrager founded the company to build fold-down campers, it had just a few employees and sold 132 units in its first year. Last year Jayco sold more than 50,000 recreational vehicles.

Throughout Jayco’s decades of production and growth in Middlebury, the family always remained committed to tithe (a biblical practice of giving 10 percent) from its profits. The family often supported Mennonite schools, colleges, universities, church organizations as well as national, international and local charities.

The Bontragers chose to have the Community Foundation of Elkhart County help oversee its foundation because of the logistical support. “The Community Foundation is focused primarily on our Elkhart County community and has insights that can assist us in our gifting decisions,” he said. “I think it’ll be very helpful as future generations get increasingly involved in the giving and discernment process.”

Bontrager said he believes his late father, who died in a plane crash in 1985, would be pleased with this step for the family. He gave and modeled that for his children. “The community has been good to the family and it really makes sense to continue to support our community. It’s where we live,” he said. 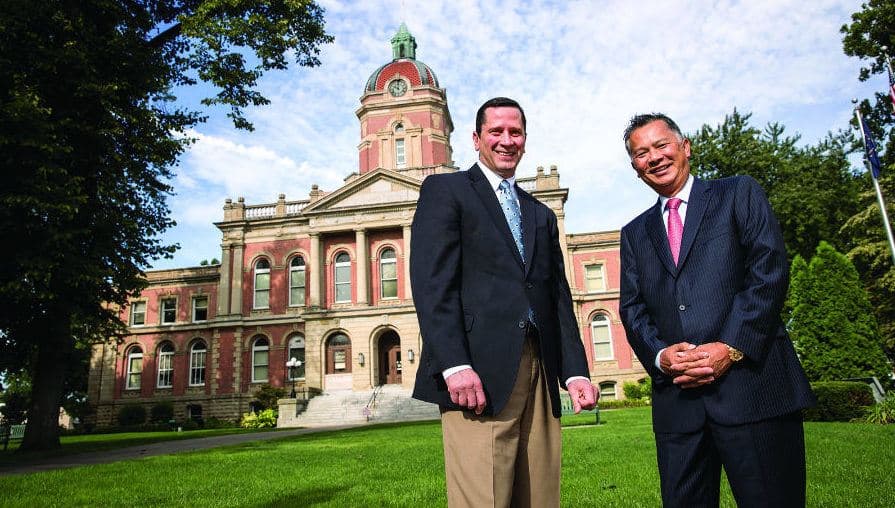