The effort to build the new Tolson Center for Community Excellence should result in an exciting groundbreaking in the near future.

Since summer 2018, members of the community have rallied to create a more vibrant hub on the south side of Elkhart. The Elkhart City Council defunding Tolson resulted first in a task force and then a larger effort to build a new facility that will serve the neighborhood and beyond with spaces for youth development and recreation as well as community gatherings, sports and educational opportunities. The center at 1320 Benham Avenue is expected to open in its new form in July 2023 with a new 30,000-square-foot building and athletic fields.

“It’s been a pretty amazing process,” said Candy Yoder, the Community Foundation’s Chief Program Officer and one of 15 members on the board established in summer 2020 after a community nomination process.

The board filed articles of incorporation with the state of Indiana and for 501(c)3 status with the Internal Revenue Service.

The board members, some of whom had not served in this way before, are working together to learn and become a unified group to create a Tolson that inspires pride. Other volunteers have joined the effort as committee members to assist the board’s work. Jan Oostland, vice president and co-owner of Nuway Construction, is leading the building committee.

Jan Farron, who serves on both the Tolson and Community Foundation boards, said that everyone is both excited and collaborating on the massive task of building processes and creating plans for a new Tolson.

“It is nothing short of impressive what has happened to this point,” Farron said.

A search committee is starting to look for an executive director. The groundbreaking was hoped for this fall and is likely by the end of 2021. “By spring 2023, we are going to have a beautiful building,” said Farron.

The Community Foundation, Greater Elkhart Chamber of Commerce and City of Elkhart came together to create a new Tolson that will serve the community for generations to come. Tolson Center for Community Excellence is poised to help thousands of families by offering inclusive learning, recreation and cultural exchange.

At Welch Packaging, Charity is Just Part of Doing Business 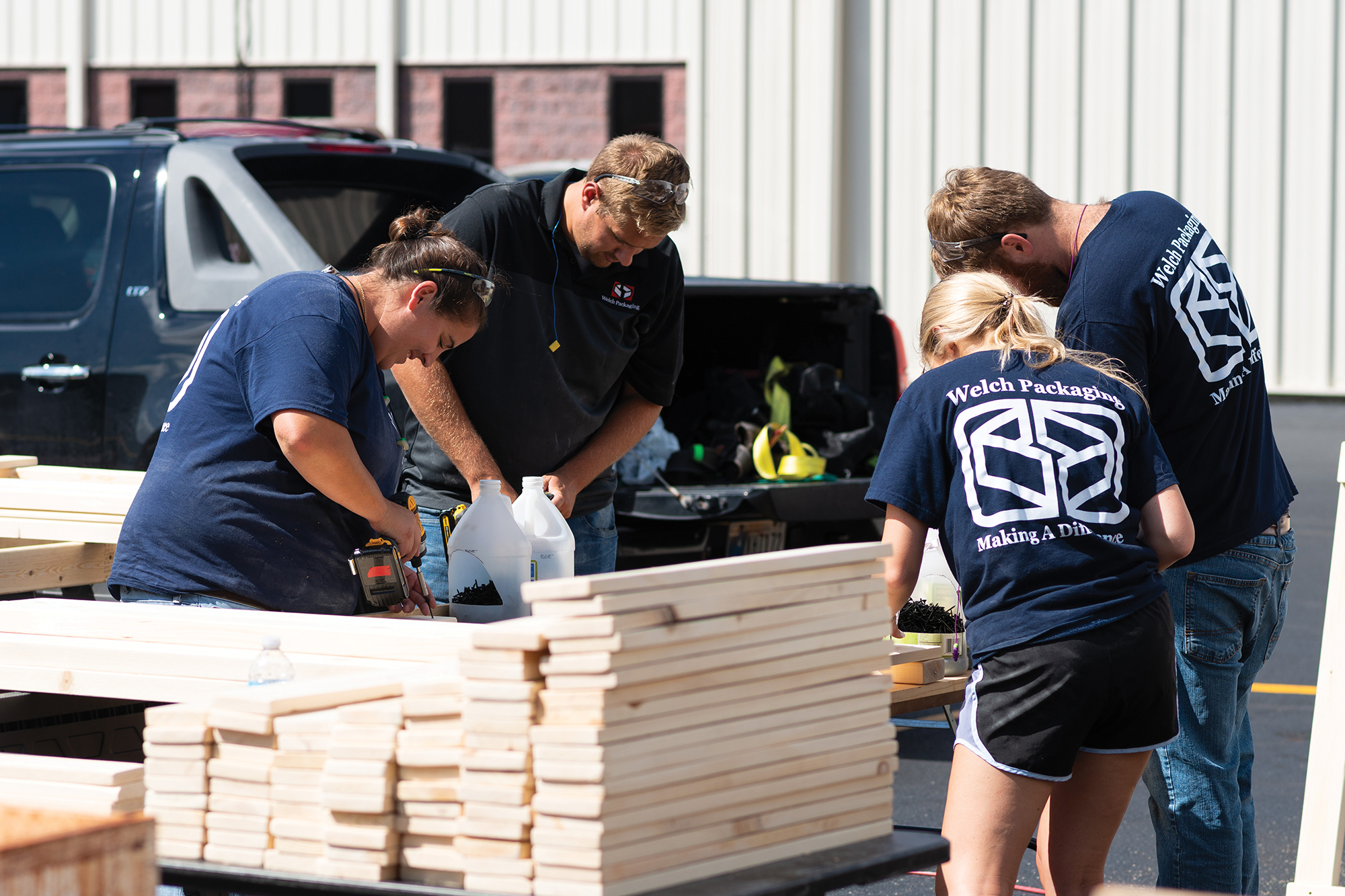 At Welch Packaging, Charity is Just Part of Doing Business