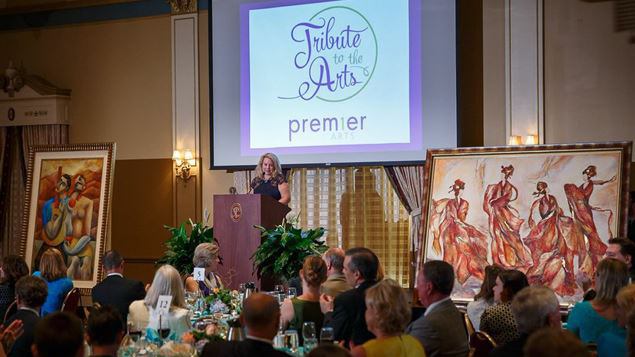 Ten Michiana entities will receive a combined total of more than $200,000 thanks to a recent auction featuring art and furniture from the personal collection of David Gundlach. Gundlach, who grew up in Elkhart, was an entrepreneur and millionaire who traveled the world and collected art. Upon his death in 2011, he left behind a staggering $150 million to the Elkhart County Community Foundation (ECCF).

On Thursday night, May 29, more than 200 people gathered at the Lerner Theatre to bid on 27 pieces of art and furniture from Gundlach’s collection. Winning bidders chose which nonprofit entity would receive their money and ECCF provided a 25 percent match of up to $25,000.

Organizations receiving funds and the dollar amounts are:

Premier Arts added three pieces of art by Tuck Langland to the auction, which brought in an additional $13,000. That money will go directly to Premier Arts and will not be matched by ECCF.

ECCF is creating an endowment for Stanley Clark, the only organization on the list without an existing endowment.