Teaching Healthy Habits to Our Students 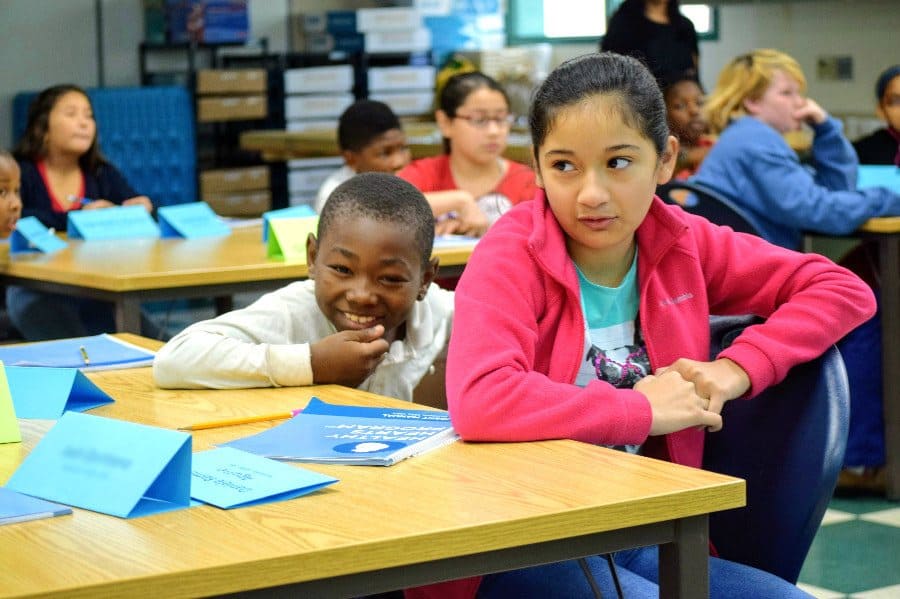 Posted at 17:18h in Impact Stories by tempadmin
Share

“In year one, we are already seeing that BMI reduction,” said Liliana Quintero, executive director of the Northern Indiana Hispanic Health Coalition, which runs the program in Elkhart County intended to educate and improve nutritional and exercise habits for elementary students.

Indiana health officials approached Quintero and her organization to run a program emphasizing healthy habits and heart health. She looked at curriculums, but was not happy with any of them so she wrote her own aligned with American Heart Association guidelines. The AHA gave a firm stamp of approval and the program started in 2014.

Amanda Jamison, program officer for the Community Foundation, said this is a remarkable local program that used an entrepreneurial approach to address a local need. “It’s not only focused on teaching healthy habits to our students, but it also engages parents and the important role they play in the process,” she said.

Quintero, an engineer who went on to get an MBA at Indiana University South Bend, has led the coalition since 2004. During that time, it’s grown from serving 20 to 30 families to having offices in Elkhart and Warsaw and hosting health fairs that attracted as many as 1,200 people.

In the Healthy Hearts program, coalition staff members have been working with fourth, fifth and sixth graders in six Title One schools. In December 2016, in a group of 379 fourth grade students, 27 percent were overweight and 25 percent were in the “may be obese” category.

In Elkhart County, a third of all children are obese, according to the 2016 County Health Rankings.

In six, 45-minute sessions, the fourth graders learn about healthy habits and exercise to counteract what some of them are learning at home. In both fifth and sixth grades, students have three more sessions to reinforce lessons.

“School budgets are tight and health classes are less common,” said Quintero. “We are filling a huge gap to give the kids tools to make healthier choices,” she said.

The program isn’t just aimed at helping students make healthier diet and exercise choices. The students take home handouts in English and Spanish for parents to review, as well as a survey. For the last 10 years, the health coalition has run Search Your Heart, a program for adults to improve their health. The four sessions include cooking with a chef and a Zumba class. Parents of the Healthy Hearts students are being invited to participate in that program that offers classes twice a year. Participants have an attendance rate of 90 percent, Quintero said.

As they have worked with students and parents, Quintero has been able to see how national research mirrors what is happening locally:

So far, BMI among students in the program has dropped 4 percent, Quintero said. Nationally, a 1 percent reduction in BMI lowers the number of diabetes cases by 2.4 million, she said.

Both the data and the stamp of approval from the American Heart Association show the strength of this program, said Jamison. “They’ve developed a program to address the need and have encouraging results,” she said.

“I honestly believe we are making a difference,” Quintero said.